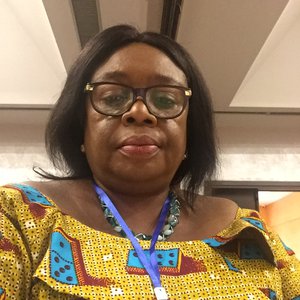 Janet Chigabatia-Adama a peace activist and has served as a member of the Government of Ghana instituted Peace Council, Northern region chapter since 2014. Janet participated in a number of stakeholder peace meetings towards reconciling feuding parties in both inter and intra-family conflicts in respect to succession unto chieftaincy skins in the region. Janet also played a key role in engaging regional political party executives and youth vigilante groups before, during and after the conduct of general elections, leading to smooth changes in governance from one political party to another. Janet has represented the Council at a number of donor/government led fora to advocate for the inclusion of women in most mediation processes.