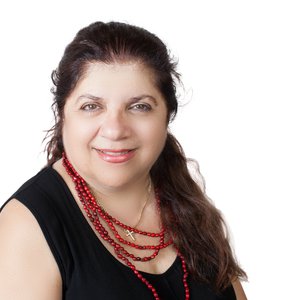 Magda Zenon is a peace and human rights activist who brings with her a perspective formed within the contexts of having lived in apartheid South Africa, Greece, and now Cyprus. She is an active member of the local civil society with a focus on the integration of a gender perspective in decision-making including peace processes. She has helped found a number of civil society organisations, including Hands Across the Divide, the Gender Advisory Team, and the Cyprus Women’s Lobby. She is also a member of the Mediterranean Women Mediators Network, the Women Mediators of the Commonwealth network and the Women’s Alliance for Security Leadership (WASL).

Magda helped organise two innovative events in Cyprus, with the intention of broadening the base of active women on the island. The first was the Pathways towards Sustainable Peace: Building UNSC Res 1325 on the Women, Peace and Security Agenda in Cyprus conference in 2017 that brought together over 50 local women to discuss women, peace and security. The second was the Women in Peacebuilding and Mediation in Cyprus: Where We Are and Where to Next? workshop in 2018 that brought together a diverse group of women from throughout the island to assess the status of the women’s peacebuilding movement in Cyprus and analyse obstacles and challenges limiting women’s meaningful participation in formal peace talks. Magda is a great believer in the power of storytelling and for over six years has hosted online conversations entitled kaleidHERscope with inspiring women from around the world about peacebuilding, gender-based violence and women’s participation in decision-making. Storytelling she found was also one way to increase the visibility and amplify the voices of women in the media which lead to her most recent project -#HerStories of the MWMN; 21 podcasts in which 21 mediators of the MWMN tell their story.