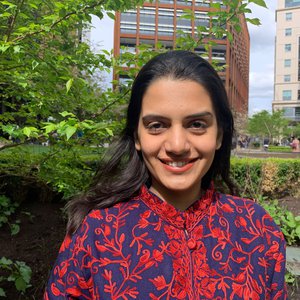 Ameya Kilara heads the South Asian Leadership Initiative, a cutting-edge leadership institute dedicated to building peace in the region. The initiative partners with Inter Mediate and leadership experts at the Harvard Kennedy School. She previously managed the South Asia Programme at Conciliation Resources, facilitating dialogue initiatives across the Line of Control in Kashmir and an India-Pakistan track two process with former military and intelligence chiefs. In 2017, she provided technical support to the UN’s Office of the Special Envoy for Syria in proximity talks between the Syrian government and opposition groups. At Linklaters, a leading international law firm, she contributed to the Commercial Mediation Group to promote the mediation of commercial disputes. Ameya is a dual-qualified lawyer (India and the UK) and holds a Master in Public Administration from the John F. Kennedy School of Government, Harvard University. Her work has been recognised through multiple awards including the Tamasek Foundation-NUS Leadership Enrichment and Regional Networking Award 2008 and the Gleitsman Leadership Fellowship at Harvard’s Center for Public Leadership