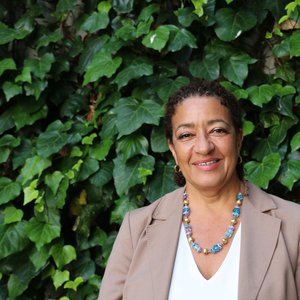 Africa, Europe, The Americas, The Caribbean

Elizabeth Solomon is an Industrial Court Judge and an experienced mediator in a wide variety of political, post-conflict and commercial contexts around the world. She is a Director of the Mediation Board of Trinidad & Tobago, Former Executive Director of the Dispute Resolution Centre and the Caribbean Centre for Human Rights and then Founder of Dialogue Solutions. Elizabeth had a full career in journalism before joining the United Nations, spending the next 20 years as a conflict prevention and peacebuilding practitioner in various conflict contexts, including in the role of Deputy Co-ordinator of the UN Good Offices team in Cyprus. Elizabeth’s work has focused on design and implementation of social cohesion and inclusive peacebuilding processes and in supporting local efforts to build resilient democratic national institutions in Kosovo, Bosnia, Somalia and Sierra Leone. Her work on human rights and development stretches from The Netherlands to Brazil, India and Guyana. Elizabeth's TEDx Talk - Identity Trumps Violence - can be viewed here.