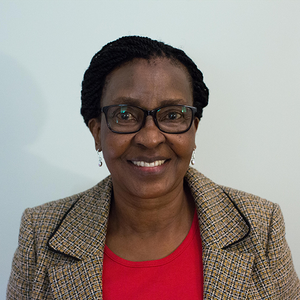 Robinah Rubimbwa is a feminist communications specialist, poet, educator, mediator and peace activist. She is the Founder and National Coordinator of the Coalition for Action on Resolution 1325 (CoACT), an alliance of women’s organisation working for full implementation of the women, peace and security agenda in Uganda. She is also the founding Executive Director of the Centre for Women in Governance. For over a decade, Robinah has developed mediation capacity beginning with mediation projects at the local level, and has developed expertise enabling her to mediate conflicts between rival political groups, between tribes, and between organisations and individuals. Robinah serves on a number of schools, college and NGO boards in Uganda. She has spoken at various global, regional and national conferences and seminars sharing experience on peacebuilding initiatives and countering violent extremism.